Ghent University Global Campus (GUGC) recently released its new slogan, “Aim Higher!” With the new slogan, GUGC wants to challenge itself and students to have bigger ambitions to help make a difference in the world. 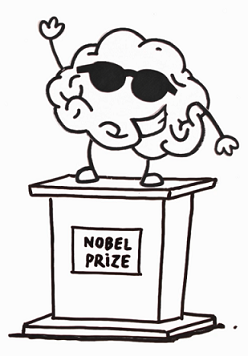 GUGC believes that a truly global university should aim high and find solutions for the world’s biggest challenges, such as climate change, chronic or life-threating health issues inluding cancer and diabetes, and the predicted food and water shortages as a result of a growing world population.

GUGC aims to equip students with the necessary knowledge and skills to develop the technologies which can tackle these global challenges with its rigorous, research-focused programs in what Molecular Biotechnology, Food Technology, and Environmental Technology. Campus President of GUGC, Prof. Dr. Jozef Vercruysse stated in a recent interview, “I hope that students who have the ambition to make a difference in the world choose our university, which is one of the world’s leading universities, particularly in life science.”

Ghent University is ranked even higher in life science programs, the very same programs introduced at GUGC. Ghent University consistently lists in the world’s top 50 which no other universities in Korea can compare. The latest data show that it is ranked at 43th in the Shanghai Ranking and 47th in the Times Higher Ranking.

Having recognized the global standing of Ghent University, the Korean government invited Ghent University to build a university in Korea to transfer the expertise. International students also choose to study at GUGC for similar reasons as Chananchida Sang-aram (sophomore) explained. “The fact that Ghent University is a well-established, leading university in the field of scientific research strengthened my decision to attend GUGC. The courses offered at GUGC are comprehensive and well-organized. Students get to learn the most essential knowledge needed for their careers. This includes both the information obtained from lectures and laboratory skills from the practical sessions.”

GUGC Campus President added that “anyone who is willing to make a difference in the world should aim higher and choose GUGC. We want to inform smart, dynamic, and ambitious Korean and international students about what Molecular Biotechnology, Food Technology and Environmental Technology are and encourage them to start studying within these fields. Everyone, Aim Higher!”